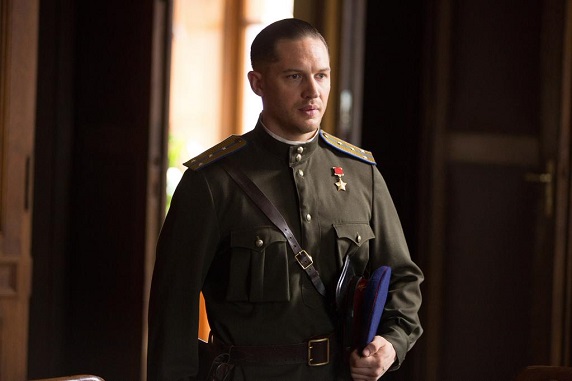 Child 44, based on the novel by Tom Rob Smith, is about an MGB agent investigating child murders. I don’t know much about the story or the plot details but the cast for this film is loaded – Tom Hardy, Noomi Rapace, Gary Oldman, Joel Kinnaman, Charles Dance, Jason Clarke,  and Vincent Cassel.

The trailer looks intense. Hardy and Rapace thrilled audiences with their performances in The Drop. Let’s hope they can recreate that magic a second time.

It’s hard to watch this trailer and not think about Hardy doing his Bane impersonation.