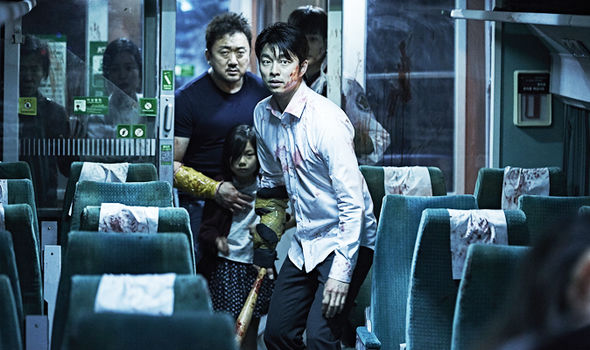 2016 has been a trying year for many of us, but it’s been a fun year at the movies. It wasn’t the big blockbuster films that blew us away, but the smaller movies that captured our imaginations and fueled our love for film.

We had a great year of horror films, interesting sci-fi, and plenty of new faces to fall in love with.

This is the best modern day western we’ve had in years. Chris Pine and Ben Foster as bank robbing brothers is a duo I never knew I needed. Not only is the cat-and-mouse game the Howard brothers play with the cops entertaining, there are two really great monologues delivered in this film. Also, does anybody play crazy better than Ben Foster? He may be a little too good at playing the unhinged guy in the group.

The biggest blockbuster on my list goes to Captain America. It was everything it was built up to be. From the introduction of Black Panther to Spider-Man’s first appearance in the MCU, the movie delivered at every level. That’s without even mentioning the jaw-dropping airport fight sequence. Some people may be tired of Marvel and their movies, but not me. Bring them on. I want to watch all of them in IMAX opening weekend with a crowded group of people I can nerd out with. Civil War was a great follow-up to Winter Soldier. I can’t wait to see what’s next in the Captain America storyline.

You had me at “Korean horror film.” Throw in a zombie apocalypse happening on a train and I was all in. Imagine the airplane scene from World War Z but a lot better and with a much more interesting story. This zombie movie isn’t just guts and gore; it has some heart to it and focuses more on the people in the train and what they’re willing to do to survive. There’s a great sequence where the train stops in what appears to be an empty train station. Things go from 0-100 in matter of seconds.

One of the most beautiful films in years. Chiron’s story and his intimate relationships over the years are told in 3 acts. Each act highlighting a different time in his life. Moonlight part coming of age story, part love story, part family drama. It’s a lot of things but they all work together so well. It’s a movie packed with strong performances and director Barry Jenkins works his magic behind the lens.

I can’t think of another animated film that was so timely and tackled social issues the way Zootopia did. It’s the best use of animals as a metaphor for people since I read Art Spiegelman’s Maus. The film is able to discuss deep social issues while still being a movie that’s relatable to children and funny. Who knew a story about a rookie bunny cop and a con artist fox could be so heavy?

I’m not the biggest musical fan, but La La Land was such a fun movie. Ryan Gosling and Emma Stone are so good together; it’s odd to know they aren’t really dating. A struggling jazz musician and a struggling actress falling in love isn’t what sold me, it’s all the beats that happen after. Life has a way of making its own plans and La La Land really hammers that home. Also, the soundtrack is fantastic.

The story of The Obama’s first date sounds like a boring film, but this was a really sweet love story. It has the same feels as Linklater’s ‘Before’ series, but manages to be an original story. Watching President Obama as a bachelor is hilarious and seeing how Michelle is the more accomplished of the two will make you smile. Tika Sumpter gives an amazing performance and should be on everyone’s list for breakout performer. Southside with You is easily one of the best feel good movies of the year.

One of Anton Yelchin’s last movies is the fantastic story of a rock band trapped in a Neo Nazis club in Middle of Nowhere Oregon. It’s a lot gorier than expected, but a crazy thrill ride from beginning to end. Sir Patrick Stewart delivers as the big bad guy. I kept waiting for him to be good because he’s Captain Picard, but it never happens. He just continues to be evil. Green Room also shows one of the 1,000 uses for duct tape that I hope I never have to use.

The rumored Cloverfield sequel takes place inside a bunker while “something” is happening outside. Michelle wakes up trapped in the bunker and told she can’t leave. The longer she’s in the bunker, the more she learns about the man keeping her in the bunker. John Goodman gives one of my favorite performances of the year as Howard.

Russell Crowe and Ryan Gosling’s 1970’s buddy cop movie is everything I wished it would be. It has comedy, good action, and a great missing person story. I never knew Crowe could be this good in a comedy. I hope Shane Black can put the team back together for a sequel. I’d watch these two run around L.A during the 1980’s.