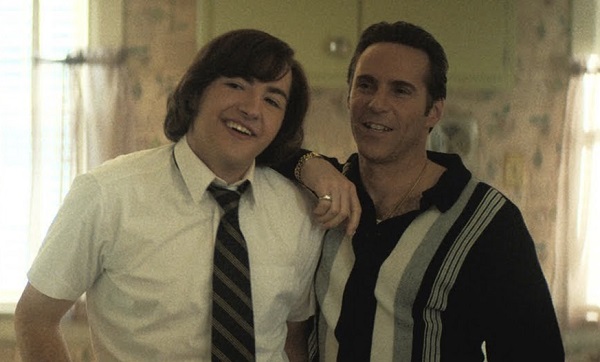 HBO’s Sopranos ran for 6 seasons from 199-2007. The story revolved around a mob boss going to counseling to resolve his personal and professional issues. At the center of the story was the bigger than life mob boss Tony Soprano.

14 years after The Sopranos final episode, David Chase has brought audiences back to the beginning of Tony’s journey (kind of) in The Many Saints of Newark.

Narrated by Christopher Moltisanti (Michal Imperiolii), the prequel film follows Tony’s childhood through the lens of his uncle Richard ‘Dickie’ Moltisanti (Alessandro Nivola). When Dickie’s dad, ‘Hollywood Dick’ (Ray Liotta), returns from Italy with his new wife Guiseppina (Michela De Rossi), Dickie starts having personal and professional problems. Meanwhile, Harold (Leslie Odom Jr.) is trying to carve out a name for himself during the changing times in Newark and that starts a riff between him and the DiMeo crime family.

Although the film is somewhat a Tony Soprano origin story, most of the story is about his uncle Dickie. A lot of what Dickie goes through – the infidelity, trying to find a healthy work/life balance and his angry outburst echoes what would haunt Tony for 6 seasons. Dickie becomes the only father figure Tony has when his father Jonny Boy (John Bernthal) goes to prison. It’s no wonder Tony grew up to be so much like Dickie.

Alessandro Nivola gives a stellar performance as Dickie. He makes Dickie just likable enough for you to completely hate him at some point later on in the story. Despite having Dickie’s journey condensed into two hours, they managed to make him compelling.

The other standout performance comes from Leslie Odom Jr. We’ve seen Odom Jr. as Aaron Burr in Hamilton, Same Cooke in One Night in Miami, and even as William Still in Harriet. Seeing him as a gangster ready and willing to kill people was different but exciting to see on screen. The film could’ve used a little more of Odom Jr.

The Many Saints of Newark is a welcome return to the world of The Sopranos. It’s a familiar mob story anchored by a group of incredible actors. It works both as nostalgic trip down Soprano lane and a standalone film. This film would’ve been a good (not great) Sopranos two part season finale episode – the episodes wouldn’t be a favorite but would land on some Top 10 episode list. That alone makes it a must watch for fans of The Sopranos.