From 90’s action movie remakes to Cold War thrillers, there were a lot of trailers dumped this week.  Here’s a look at some of this week’s best trailers

WOW! This looks fantastic. There are a lot of trailers out this week, but none captured my attention as much as this. The action looks amazing and the voice cast looks even better. To be honest, I’d listen to a snake with Scarlett Johansson’s voice too. 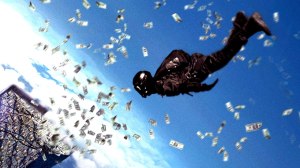 A Christmas release? That’s strange, but I’m always up for a senseless 90’s action movie remake. Johnny Utah and Point Break have a special place in my heart. I’m hoping this movie does the original justice. I have to admit, it looks kind of fun. I need thim to say “I’m an F……I…. AGENT!” That has to happen.

Despite the film being pushed back, it looks pretty good. I don’t know why they just don’t call it Thor vs The Whale. I think more people would want to see it. This should be a fun watch. Ron Howard is a superb director plus the cast looks great.

This has Oscar bait written all over it. The tagline might as well be “For your Academy Award Consideration..”

Tris and her divergent pals are back and this time they’re going beyond the wall. The first part of this trailer is “Previously on the Divergent Series..” but after that you get to see what the group is up against. All I ask is for more Zoe Kravitz. That’s all.