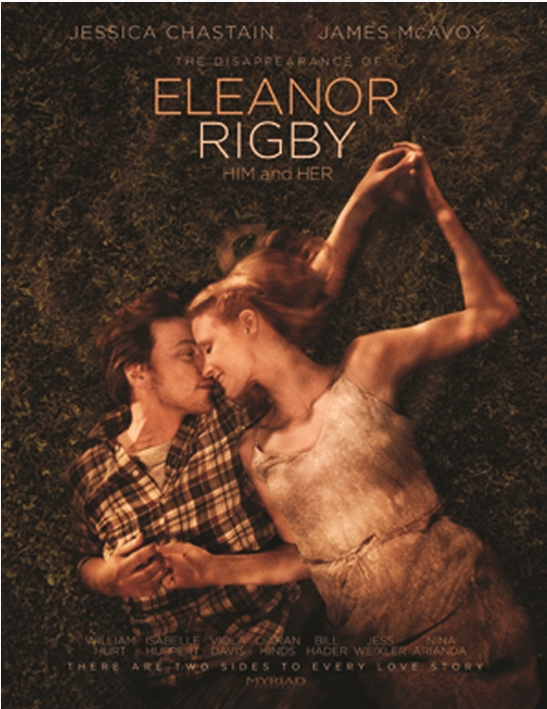 The first trailer from the new drama (s) The Disappearance of Eleanor Rigby has arrived. James McAvoy (X-Men First Class/Days of Future Past, Wanted) and Jessica Chastain (Zero Dark Thirty, Mama) star in three films that follow the same timeline of a couple’s relationship. The movies will give different perspectives of Him, Her, and Them.

Wirter/director Ned Benson is taking a unique approach at telling one of Hollywood’s oldest tales. Luckily, he’ll have help from a great cast that also includes Viola Davis and Bill Hader. The trailer looks interesting and showing three different films could either be amazing or absolutely  bomb.. Let’s hope Benson and Co. can pull this off.

The title just makes me think of The Beattles’s song Eleanor Rigby which starts with the line “I look at all the lonely people..”

Take a look at the trailer and let me know what you think.