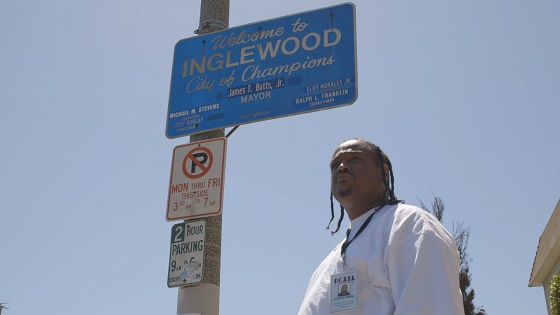 as seen on SeattlePi.com

Every so often there is a film that comes out at the perfect time. With the nationwide protest and ballooning mistrust between communities and the people sworn to serve and protect them, License to Operate couldn’t be timelier – like Armageddon opening weeks before an asteroid was scheduled to smash into Earth.

LTO is a documentary about group in Los Angles working to mend the relationship between officers and communities. They join together along with police to combat the ongoing gang problem that plagues the city.  The group, A Better LA, was founded by Seattle Seahawks coach Pete Carroll when he was at USC.  With more than 450 active gangs in LA, the nonprofit’s mission was to change the gang violence culture from within by using community based solutions and a gang prevention and intervention program.

The film follows ABLA’s gang prevention and intervention group as they deal with retaliatory killings during the summer of 2013 and their attempts to mentor inner city youth before it’s too late.

In just 101 minutes, LTO tells a story of redemption and resiliency through the eyes of those doing the work in LA. The story works because the only people who speak are the subjects of the film. There aren’t any PhDs working on their dissertations or talking heads giving analysis, just ex- gang members and people from the communities telling their truth. People telling their stories, their way. The film is overflowing with emotion from the first moments when Kenny, former Athens Park Blood, tells how he got started gangbanging. The emotion never lets up as more and more people tell their stories. Some heartwarming, but most are heartbreaking.

There are almost too many emotional moments to count. One that stands out  is Anthony, former Inglewood Blood, discussing the loss of his child while he was incarcerated. You can hear the weight of his loss when he speaks about it. That scene is juxtaposed by an officer mourning the death of his 21 year old son that he lost to gang violence. The two men, who couldn’t be more different, are both cleaning headstones for sons they both lost because of gang violence.

Reynaldo, former Raymond Crip, is at the head of one of the film’s heartwarming stories. He and his wife are heavily involved in the life of two young twin girls, Carissa and Jazmin. When the girls need a new home Reynaldo has to rally alongside his wife to keep them out of foster care. All this is happening while a neighborhood war is brewing.

Director James Lipetzky shows audiences a side of LA they aren’t use to seeing. It’s an unflinching look at problems that have persisted for decades. Despite some of LTO’s harsh realities, Lipetzky shows the beauty that exist in these communities by blending in shots of children playing and Fourth of July gathering to remind the audience there are people who live in these communities that are just like them.

LOT puts a spotlight on the capacity for change these communities have. Their ability and strength to rise from within and create a culture of change. It’s impossible not to watch these story and cheer for these people. LTO comes at a time that people aren’t just ready to hear about solutions, they need to hear them because they’re running out of answers. LTO is the kind of raw straightforward story that needs to be told. A story that not only needs to be told for people to be aware, it’s a story for people to have hope.