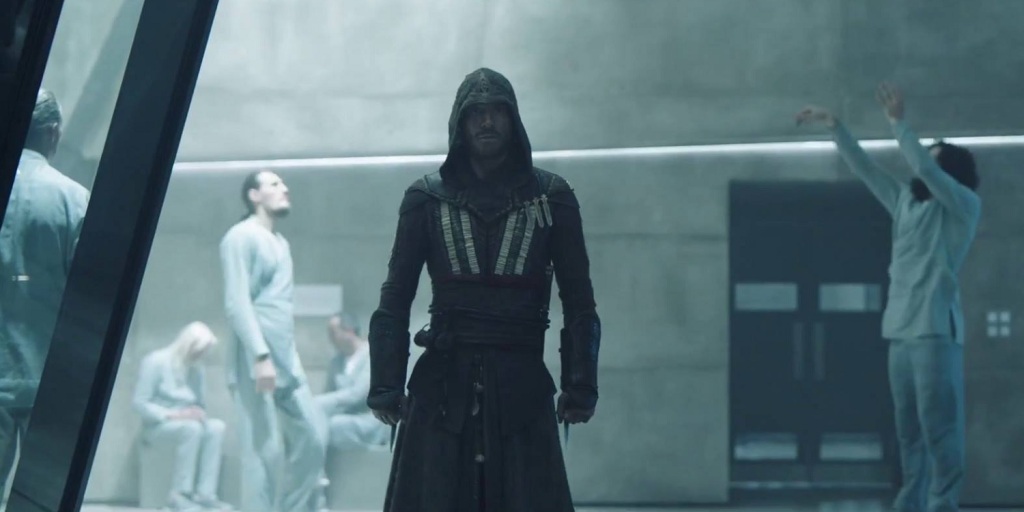 “How to make a good film based on a video game?” is a question that’s plagued Hollywood for years. On paper, it’s a formula that should work – popular video game + popular actors = popular movie. From Hitman to Need for Speed, video game adaptations never seem to catch on.

The next installment in Video Game Cinema is Assassin’s Creed, a film based on the Ubisoft game series that began in 2007. The story follows a criminal named Callum Lynch (Michael Fassbender) who is being executed for a murder. Callum is saved from his execution by Sofia (Marion Cotillard) and the people at Abstergo Industries. Callum is told he’s been rescued to participate in the Animus Project, a machine that lets him relive the memories of his ancestors. Callum is the last living descendant of Aguillar de Nerha, a man who was an assassin during the Spanish Inquisition.

Sofia and Abstergo Industries are looking for an ancient artifact known as “the apple”. The only person who knows where it’s hidden is Aguillar and they need Callum’s genetic memories to help find where the artifact is.

On the surface, Assassin’s Creed is an interesting story. It’s got action, history, futuristic technology, and criminals you get to cheer for. Sadly, the film is only 140 minutes and that’s not enough time. The film offers some very fascinating plot points, but there’s a lot to unpack and not enough time.

Assassin’s Creed isn’t necessarily a bad movie. It’s like going to a buffet and getting a plate full of good food but leaving before you had a chance to really enjoy any of it. The restaurant isn’t bad, but the experience was. That’s Assassin’s Creed.

This film doesn’t deserve Michael Fassbender. He’s good in everything and doesn’t disappoint here. There’s a scene in the begging when Callum is getting the lethal injection shot and Fassbender is going through all these emotions. It’s fantastic, but wasted in film that doesn’t take time to explain anything.

The entire cast does a good job, but all there great efforts feel wasted.

However, the action is fantastic. Watching hooded assassins run around during the Spanish Inquisition, flip off walls, and throw blades is a lot more fun than it looks. There are some pretty amazing chase scenes sandwiched in this under-explained storyline.

Assassin’s Creed would’ve made a much better as a Netflix series. The creators could’ve flushed out Callum’s back story with his family, the evil corporation, the history of the Assassins, and how all those other people in the building are connected. A 12 episode Assassin’s Creed series on Netflix is a hit and would’ve had people begging for a second season. Instead, Hollywood’s given moviegoers another failed attempt at turning a video game series into a successful movie franchise. Maybe they’ve learned their lesson, but they probably didn’t. I can’t wait for Call of Duty starring Sam Worthington in 2018.