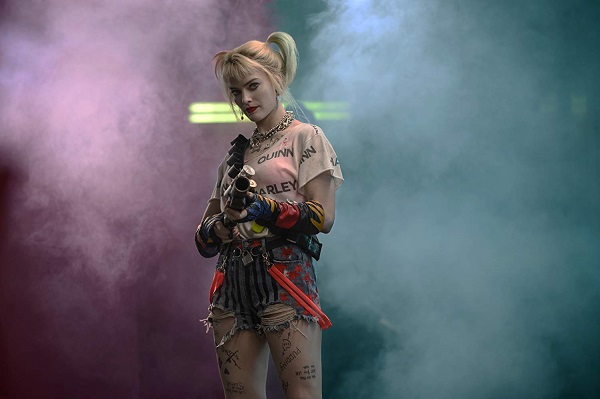 2016’s Suicide Squad was a mess. It performed well at the box office but the film felt disjointed and wasn’t a film Warner Bros could build a franchise on. It was such a mess that Suicide Squad is getting a soft reboot in 2021.

For all of its faults, Suicide Squad wasn’t all bad – the casting was A+. One of the standout performances was Margot Robbie’s Harley Quinn. Warner Bros had the bright idea that Harley needed her own movie and delivered Birds of Prey – a film that wasn’t just about Harley, the Joker,  or a boring origin story.

Birds of Prey takes place after the events in Suicide Squad. With Harley and the Joker broken up, everyone with a grievance against Harley was coming for their pound of flesh. Most notably, Roman Sionis aka The Black Mask.

After a young pickpocket (played by Ella Jay Basco) takes a diamond Black Mask is looking for, Black Mask enlist Harley’s services to track down the diamond. Of course, an out-of-control Harley does what she wants and that leads to face off with Black Mask and his army of minions. To protect the girl, Harley teams up with Detective Montoya (Rosie Perez), Black Canary (Jurnee Smollett-Bell), and a mysterious cross-bow killer known as Huntress (Mary Elizabeth Winstead).

Warner Bros was onto something when they cast Robbie, she’s fantastic as Harley Quinn . Robbie found the perfect balance of playing a very unlikable character while simultaneously making her likable. Harley’s off-putting behavior and wild antics are a key part of the character’s personality and the flame that lights this firecracker of a movie. This film doesn’t work without her performance.  Robbie’s frantic energy as Harley keeps the film moving at an entertaining pace.

Opposite a mildly insane Harley Quinn is an even more unhinged villain in Black Mask. Ewan McGregor gives a frighteningly fun performance as the deranged mob boss with an affinity for mask. There are moments when Black Mask will make audiences laugh out loud. There are other moments when audiences will gasp at how much a narcissistic sociopath he is. It’s enjoyable to watch and one of McGregor’s best performances in years.  He taps into Black Mask’s perfect comic book villain profile – scary, unpredictable, tons of resources, and an endless amount of goons to throw at his problems.

The real star of the film is director Cathy Yan. Yan delivers one of DC’s best films by doing a lot with a little. It’s a simple story that she’s able to make feel fresh as it’s told through the eyes of Harley Quinn. Yan was able to capture the essence of Harley Quinn and the crazy cartoonish life in Gotham with characters people aren’t familiar with and without Batman or The Joker. No big cameos. No big reveals. Just Harley and the girls wrecking shop for two hours.

Yan’s film has the same color and vibrant looks as the comic books. It’s so refreshing to see.  A lot of DC’s previous films muted. Outside of the action, nothing onscreen felt like a comic book. Birds of Prey is a step in the right direction. Hopefully they’ll put more films onscreen that look and feel like comics.

Birds of Prey is a fun ride. It’s wildly entertaining and delightfully violent at times.  It’s a film that’s written by a woman (Christina Hodson), directed by a woman, and stars a group of badass female characters. I don’t know if this will be the start of a big change in comic book films, but it’s very cool to see. It’s impossible to ignore how different the film feels. It’s an r-rated comic book movie shown through a new lens, told by a talented writer, and executed by an almost all female cast. Sign me up for a sequel.