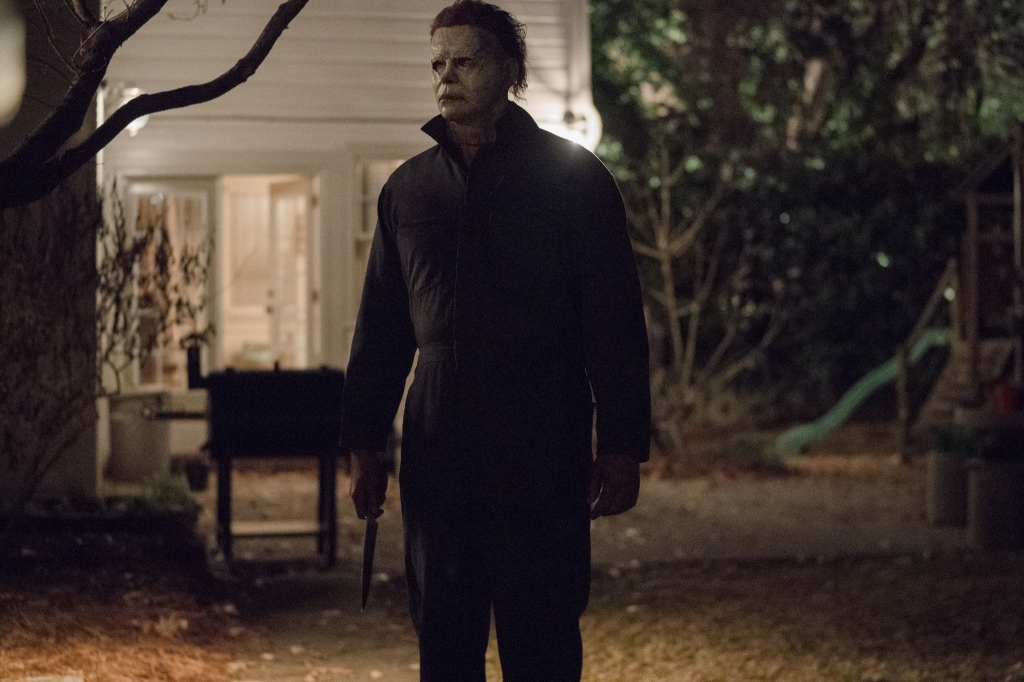 Here are a some survival tips that may come in handy if you’ll be visiting Camp Crystal Lake, moving to Elm Street, trapped inside a grocery store covered in mist, your parents bring home a creepy doll, or if you happen to be friends with Sidney Prescott. On with the list……..

10. Don’t try to enter a vehicle if you DO NOT have the keys: I can’t think of a dumber thing to do while being chased. If you know you don’t have the keys to the car, how are you expecting to get away? There is a .000756% chance the keys are actually in the vehicle – I’m not sure I want to gamble my life on those odds. Let’s say you make it inside the car. Now imagine you are stuck in a vehicle while the killer waits outside. He has time to catch his breath, do some yoga, and maybe think of other heinous ways to kill you. Unless you can hotwire a car, I would suggest you jump over the car like Kobe and keep on running.

9. If a stranger warns you about a place/person/curse/myth/haunting spirit, heed the warning: If it’s my first time in Smalltown USA and some gas station attendant tells me a grizzly tale about local murders ending in the phrase, “….and they never found the killer”, I would need some very good reasons to keep heading into town……….like Logan Browning is begging me to stay in this small town reasons. I would need a whole lot of convincing. If you have a friend who thinks this stranger is just your local crazy, calmly knock your friend out, put them in the vehicle and quickly drive as far away as you can. In the short term your friend will be mad, but I promise he/she will thank you later.

8. Don’t waste time on people who most certainly have not survived: I don’t mean to sound heartless, but if we are both running from the killer and I haven’t heard from you that means one of two things occurred 1) You’ve survived and are somewhere safe – I hope that is the case 2) You’re dead – ouch that’s too bad. Looking for your friend is essentially like looking for the killer. Is that really what you want to do? You have better chance of reuniting with your friend once you are both safe. In the event you find your friend, what do you do? If your friend is injured and can’t walk there is really no way you two are going to outrun this killer. Have you ever been in a three legged race? They are almost impossible! (and you are only hobbling 50 feet). Tell your injured friend the word is pronounced Sak-ruh-fahys, you love them dearly, and you’ll tell their parents they died a hero.

7. If there is a strange noise, don’t be compelled to investigate: This is usually where all the trouble starts. I haven’t been afraid of the dark since I was 7…………okay maybe 9, but the point is that I’m not afraid of the dark anymore – It’s the crazy-machete-wielding-psychopaths in the dark that scare me. I can maybe give you a pass if there haven’t been any murders yet, and you decide to investigate (still ridiculous but I’ll give you a pass). How would you know the fate that waited for you in the shadows? My real gripe goes to the crazy people who “investigate” AFTER being chased through the woods by some slasher. Where is the common sense that says, “….Maybe that noise is the killer we have been running from all night…” Just because you see the cat knock over the trash can does not mean that the original noise was that same cat knocking over another trash can. What are the odds of that happening twice in 30 seconds? I think it’s about time for you to high tail it out of there. It’s better to be safe than sorry.

6. Don’t be the token jock: For some reasons the jocks never seem to make it. I don’t understand how the star football player (who is by far the most athletic/strongest out of the group) can’t escape the killer. Apparently all those two-a-day practices have done him no good. Somehow the nerdy girl who weighs 120lbs soaking wet is able to escape the clutches of a masked murderer. Even the football players on Dancing with the Stars seem extremely agile for their size. I guess running on the field and running through the woods isn’t the same thing. Maybe the killer wants to eliminate his strongest competition first. It’s probably a safe bet to leave your letterman’s jacket at home. You want to look as un-athletic as possible. No need to bring unwanted attention to yourself.

5. Leave your girlfriend/boyfriend at home: Couples seem to have the same survival rate as jocks. One of you will most likely not to get out alive. If you decide to go as a couple you are basically announcing, “Hey I don’t care if one of us dies tonight.” Not sure that’s the message you want to send. At some point you’ll have to choose between running and saving your girlfriend/boyfriend. What happens if you leave your significant other and they survive the attack? It would make for a very awkward reunion at the end. The better option is going with a girl/boy you sort of have a crush on. There is a much better chance of you both surviving and falling in love immediately after the killer is dead. You win by default!! Who else is he/she going to fall in love with when all your friends are dead?

4. Don’t sneak off to “make out”: There is a time and place for everything. Don’t get me wrong, I’m all for people showing love to one another, but if we are being hunted by some possessed puppet I don’t want my friend making out with his girlfriend in the other room. I would have to file that under “inappropriate use of time”. For some reason that sort of activity attracts psychopaths. People often joke, “I know the one thing I would like to die doing,” but seriously you wouldn’t want to die that way. It’s probably the worst way someone could die. Not only is your last memory the worst experience of your life, but your friends will find you in an awkward situation. Someone is going to have to explain that to your parents.

Mom: What happened to Tom?
You: (long pause) He’s gone
Dad: How did he die?
You: (not wanting to answer)
Dad: Tell me what happened to my son!
You: Okay I found him and Cathy naked with a knives stuck in them.
Mom: (puzzled) Why were they naked?
You: (still not wanting to explain)

Do you see what sort predicament you put your friends in? It’s not fair to them or anyone else who has to tell that story. I know you may like the girl/guy but don’t be selfish. Think of your friends and family first.

3. Be related to the killer (no matter how distant): You can’t think of a worse person to be related to, but it may come in handy if the masked maniac is on another killing spree. I understand why you would resist telling the rest of the group that you and the maniac share the same last name. So what if he’s the bad apple on your family tree, we all have them. Don’t be ashamed, it may just be the thing that saves you. There is also the theory that you are the only person that can kill him. You may unknowingly be part of some ancient curse that only allows for kin to break the evil spell. I say go for it. Take on the killer one-on-one. He’s more likely to lower his machete for family……..and that’s when you stab him. They always say, “No one can hurt you like family.”

2. Don’t fall down/look back: It amazes me how many people fall down on the sidewalk on a dry summer night. If the killer is not falling down, why am I running on banana peels? If I am running through the woods, it may be a good idea to occasionally look down to make sure I don’t trip over some tree trunk, or I may watch my step so I don’t roll down the stairs like a broken slinky. In the event I DO fall down, I’m going to get right back up and do my Usain Bolt impersonation all the way to the next town. It makes no sense for me to fall down, turn and stare down the hallway waiting for the killer to turn the corner, then get up and run. When your friend tells you to run and don’t look back, DON’T LOOK BACK!! I’m no physicist but I think there is a connection with you looking back, only to fall a short time after that. The only thing behind you is the killer.

1. When the killing starts, leave: Seems like a no brainer, right? You are not going to believe this, but lots of people actually stick around after the killing starts. How many people have to die before you decide to leave? 1? 2? 7? All I need is an attempted murder before I lace up my Nikes and head out the door. What I would do is make a simple statement to everyone there: “Hey everyone quick announcement. Listen, there was a murder last night and I’m leaving. Not sure about the rest of you, but I have a few things to live for. As most of you know, we found Carl’s dead body last night. This morning I heard they couldn’t find Suzie, so she’s probably dead too. The last ferry off this island for the next three days comes in about 6 hours, but I’m not waiting for that. I’m on the first ferry that leaves in about 10 minutes. If you’re smart, you’ll come with me.” If you learn anything from these tips, it’s never too early to leave.

This clip has rules, 4, 3, and 1 in them. Julian had the right idea and even gave some great advice as he made his way out of the door.