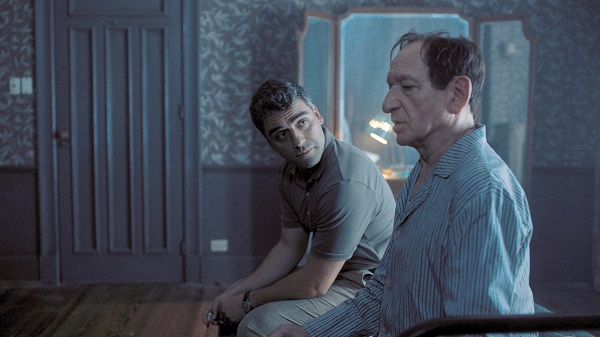 Operation Finale is the true story based on a group of Israeli intelligence officer’s attempt to capture Adolf Eichmann – an SS officer known as the architect of the Holocaust.

The year is 1960, fifteen years after the end of World War 2. The Nazis lost the war but many of them fled Germany and adopted new identities to avoid prosecution and/or death. Eichmann (Ben Kingsley) was one of those Nazis.

After a tip, the group of intelligence officers, lead by Peter Malkin (Oscar Isaac) head to Buenos Aires to identify Eichmann and extract him to Israel to face trial for his crimes. With rising anti-Semitism in Argentina, the group quickly finds themselves behind enemy lines before they get Eichmann out.

Its unclear how much of Matthew Orton’s script is accurate or not, but it tells an incredibly intense story about a group of people mourning the massacre of their loved ones and attempting to capture one of the men responsible. There’s a very short scene, before the group heads off to Buenos Aries, where they start discussing how many people they lost in the Holocaust. Albeit brief, the scene is a reminder of how fresh the wounds from the Holocaust were in the 1960s and how they all have a vested interest in capturing Eichmann – it was personal.

The other very well scripted scene is a meeting with what looked to be Argentineans celebrating the anniversary of their country, until the conversation quickly turns anti-Semitic and ultimately ends with the crowd giving Nazis salutes. It’s a chilling scene that reflects how casual people spew racism and hate.

Operation Finale is packed with phenomenal actors; however, Oscar Isaac and Ben Kingsley are head and shoulders above everyone else. This could’ve easily been a two-man play with Isaac and Kingsley sparring back-and-forth for two hours. They both give incredible performances that add on to their already distinguished careers.

There’s a lot a cat-and-mouse communication between Eichmann and Malkin until their final conversation. It’s the most intense scene between the two actors and the only scene that gives audiences a glimpse of who these two characters really are.

Underneath what’s happening with Eichmann is a story about Buenos Aries and the Nazis’ involvement in Argentina’s government. It’s a very interesting part of the story, but the film didn’t have enough time to explore it.

Operation Finale deals with heavy subject matter. It’s more of an Argo style extraction film than a somber Holocaust movie. The second act drags a little, that’s mainly because Isaac and Kingsley are so good together; the film feels like it’s in quicksand when they’re not onscreen. People may not rush out to see this film, but the two incredible performances will make it part of the discussion during award season.